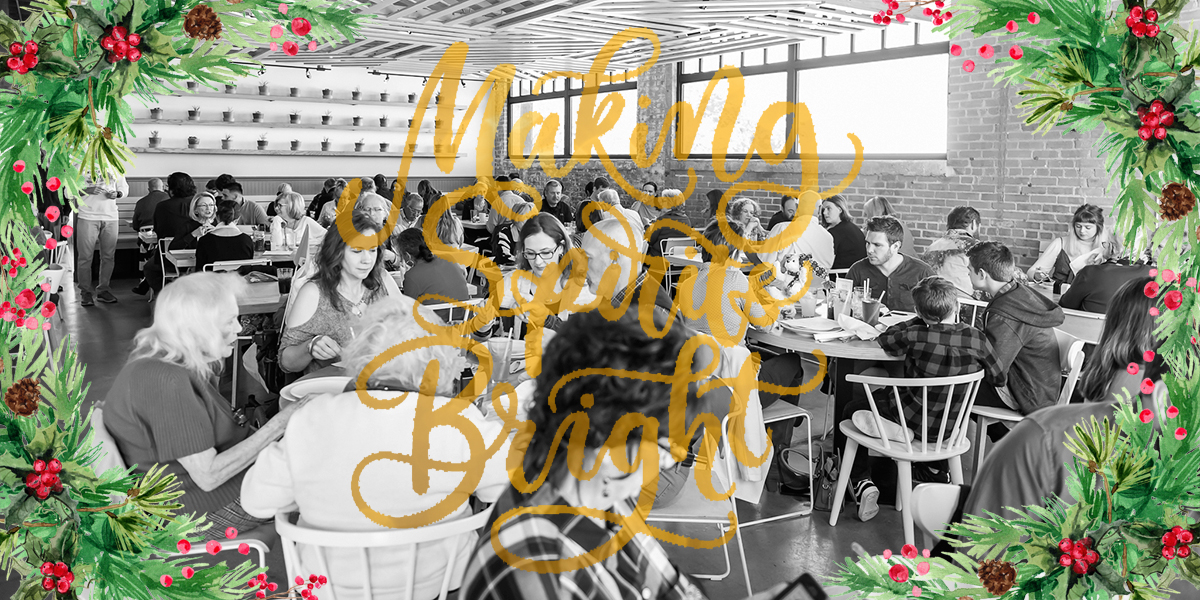 It may look like it starts with a meal…

One year ago, the vision God had given me years before came to life as we opened the doors to Taste Community Restaurant and served our very first meal.  It was the start to an amazing year.  I often get asked, ‘Is it working?’  Well… we have served over 25,000 people and engaged volunteers to serve over 10,000 hours.  And, I know what you are thinking, …is it working?

God gave me this incredible vision to feed people in a very different way.  And, being a chef, it seemed like a good fit.  But this year, I found myself in the middle of something completely different than what I thought God would do, but likely what He intended all along.

Our key ingredient is people.  And I began to see what God really wanted to happen at Taste when I began to see some of our guests, who were in need, sign up to volunteer.

Stephen is one of our regulars.  He ate lunch with us often, but he never seemed satisfied.  Day in and day out he would come, sit at the community table, and don headphones to tune out everything around him.  He walked in with his head down and left just as he came.  He rarely said very much, and I thought of him as a quiet man with few words—turns out I was wrong.  After several invitations to join our Taste Bud volunteer team, he finally agreed.

I will never forget Stephen’s first day on our Taste Bud team.  His face lit up.  He was proud of the work he was doing and excited to be a part of a team.  At the end of his shift, he joined several other volunteers at our community table for lunch.  No headphones.  A head held high.  And a smile from ear to ear.  To my surprise, he was a chatterbox!  He was a completely different person.  He had made new friends and found a family.

And this was just one day at Taste.

So, when people ask, ‘Is it working?’  I struggle to put in to words all that God orchestrates each day at Taste Community Restaurant.  Numerical information is easy, we have served 25,000 people; 49% of whose meals are supplemented in part by the remaining 51% of guests, and the generosity of your financial gifts.  But it is so much more…

We all need to be uplifted every now and again.  Where do you go?  What do you do when you need cheering up?  How do I put a number on the people who are significantly changed as a result of a meal served with dignity in an environment that is refreshing?  How do you put a number on someone’s heart?

Maybe you are like me, completely focused on the task.  I was focused on food and feeding people.  Maybe you felt the same way when you first came to eat, volunteered, or gave.  Maybe you also wondered how it worked and tried to figure out who was in need and who wasn’t.  But it’s so much more than what you see, and it is certainly more than just food.  We serve up light in a dark world.  We have power and authority from the Lord.  And we are in the Lord’s business of making spirits bright.

Will you join us this Christmas and change someone’s day enough that it could change their whole life?  It may look like it starts with a meal, but it all really starts with you.